The map can be downloaded in advance. 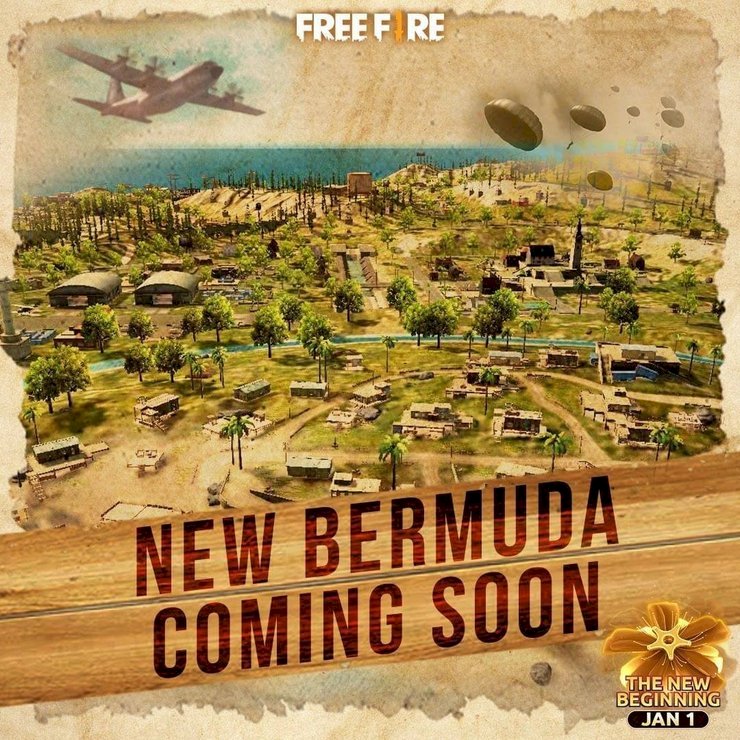 The latest map pinned to come from Free Fire is revamped version of the existing map Bermuda, tipped to be called as Bermuda 2.0 and it will be released on 1st of January, Garena announced on their social media today. Originally revealed back in July on the Advance Server of the game, the map never made to it everyone.

The release of Bermuda 2.0 will raise the maps available count for ranked mode again to three as Kalahari was removed in October. Given a sneak-peak of the map in Clash Squad Mode in August, new buildings, features and graphics will be incorporated with the release.

Four major cities are confirmed coming to the map - Academy, Hydrapower, Yagami Garden and Fisherman Creek.
However, Academy will likely be the hot-drop for the map having most of the loot as the newest city is replacing Bullseye and Graveyard. Yagami Garden is going to be campers favourite location having a lot of buildings. Hydrapower can be discovered on the southeast of the map while Fisherman Creek is going to be replaced Rim Nam Village.

Garena wants to give the newest map different elements so that it standouts from the existing maps and offer a unique experience in the ranked mode.

The newest map, Bermuda 2.0 can be downloaded in advance by heading to the download centre and clicking on "Bermuda Remastered".