It had an enormous response on the first day itself, with 7.6 million people pre-registering. 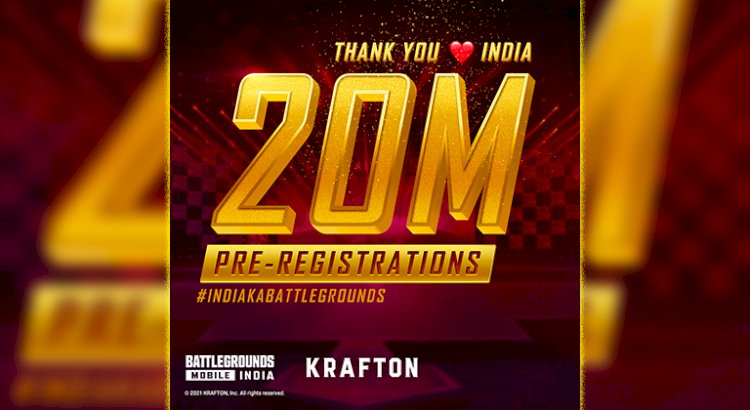 Krafton's most awaited battle royale title 'Battlegrounds Mobile India' was revealed earlier last month. The pre-registration for the same went live on the 18th of May on Google Play Store.

Within the first day, it obtained an incredible reaction receiving 7.6 million pre-registrations from the fans who were waiting for quite a long now. Two weeks beyond then, the game has unlocked a breakthrough of the 20 million.

CH Kim, CEO of Krafton, Inc. said on the occasion, “We would like to express our sincere gratitude to our Indian fans for their overwhelming response to the BATTLEGROUNDS IP first developed by me and my team in 2017. The BATTLEGROUNDS IP received love and acclaim from players worldwide, and KRAFTON will continue to build on the IP. That effort includes bringing amazing content to BATTLEGROUNDS MOBILE INDIA and providing an incomparable battle royale experience to our players”.

Pre-registrations for the game are still open, and players can earn rewards such as the Recon Mask, Recon Outfit, Celebration Expert Title, and 300 AG.

The debut date for Battlegrounds Mobile India is yet to be confirmed by Krafton, although it is believed to be on June 18. Neither there has been a word about availability for iOS since the pre-registrations are held exclusively for Android users at the time being.

Snapdragon Pro Series India to make its debut with Snapdragon...