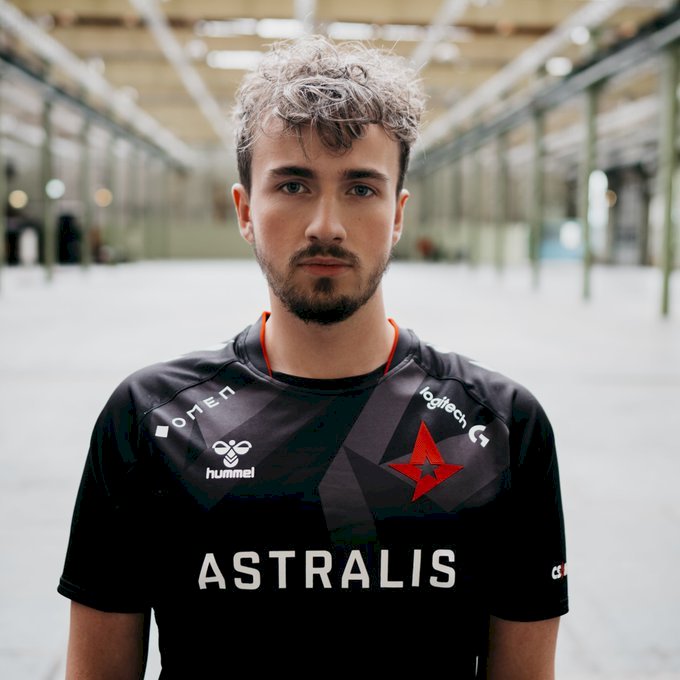 Patrick “es3tag” Hansen joined Astralis back in July, earlier the Danish served Heroic where he was playing since the year 2017.

With Astralis, the 24-year-old has played over 36 maps with the Danes and has maintained a rating of 1.12. The most impressive achievement of Es3tag with Astralis is the recent win at the ESL Pro League Season 12: Europe. In the Grand Finals against Na’Vi, Astralis was 2-0 down in the best of five series where Astra made a comeback making a reverse sweep with a 2-3 series bagging the champion title in their name. 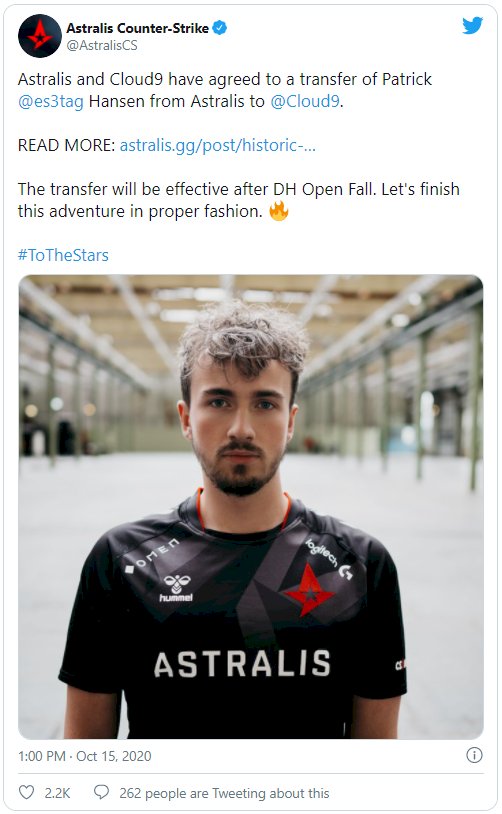 Es3tag fills up the 5th slot of Henry ”HenryG” Greer’s C9 roster. However, the roster build doesn't end here as Henry had mentioned earlier they're building a six-man roster.

”While I am sad to leave Astralis and all the people here, I look forward to the challenge in Cloud9. Thanks to the fans for the massive support they have shown me, I will always have Astralis and the fans very close to my heart!”, said Es3tag in a release.

With the position vacated by Es3tag and Andreas ”Xyp9x” Højsleth announcing his return on 5th of October, this makes Astralis a solid six-man-roster once again.

Lastly, the transfer will be effective after Dreamhack Open Fall 2020.