Zonic, Dupreeh, and magisk to leave when their contract expires in January. 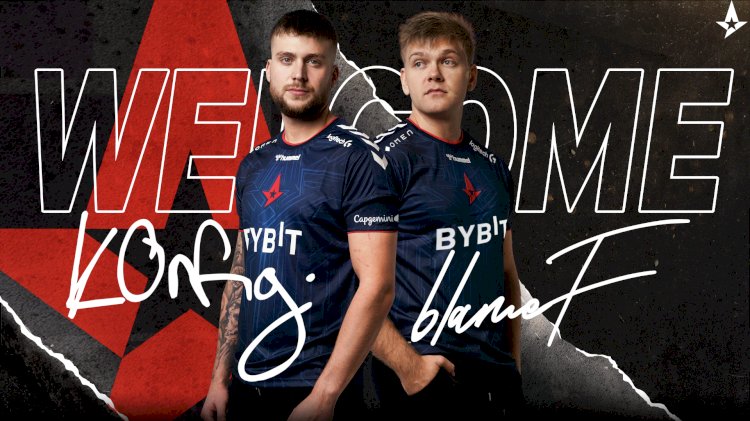 After an early exit from this year's Major and a 2021 with ups and downs, Astralis has decided to advance a change on the Counter-Strike team. The two Danish star players, Benjamin "blameF" Bremer and Kristian "k0nfig" Wienecke, together with head coach Alexander "ave" Held and an expanded staff, are set to revitalize the team and bring Astralis back to where we belong.

The two players and coach will replace Peter "dupreeh" Rasmussen, Emil "Magisk" Reif, and Danny "zonic" Sørensen, who will part with Astralis no later than January when their contracts expire.‍

- Everyone in Astralis works hard to push the boundaries of what we can accomplish and to progress every single day. We aim to win with positive energy, chins up, and chests out!

- That is why we extended the contracts "gla1ve" and "Xyp9x," who are both strong bearers of our culture, and that is why we chose to bring in the young talent "Lucky", when new energy was needed.

- This is also why we now choose to advance the planned change: To eliminate the insecurities and ensure the clarity and focus, we need to create the best possible conditions for everybody on and around the team. We add two world-class players and a new, strong coach profile who all bring a lot of energy and motivation to build on the strong Astralis legacy and to be a contender for the biggest titles again. ‍

World-class on and off the server ‍

- Both Kristian "k0nfig" Wienecke and Benjamin "blameF" Bremer are absolutely world-class. In addition to their obvious qualities on the server, they come with a personality, motivation, and energy that will be felt all the way out to the back rows in the biggest arenas.

- We also bring in Alexander "ave" Holdt as the new coach. He is known for his unique and deep insight, as well as tactical understanding and analytical skills, which the new team will benefit enormously from. Together with our performance team coming assistant coach and the team captain, he will be responsible for all preparation, strategy, and structure.

- The two players will join the team immediately, and they will have their baptism of fire in front of 12,000 spectators at BLAST in Copenhagen's Royal Arena. Even though new things take time, I am convinced that from day one, we will see a team with fire in their eyes and the hunger to win that we must always be known for, says Hvidt. ‍

Huge respect and a massive "thank you" ‍

- In the midst of the joy of having the team in place, I would like to emphasize my and the organization's huge respect for Danny, Emil, and Peter. They are true legends in Astralis and will always be first in the history books when our story is written. Switching now is the right decision for Astralis and for everyone who follows us, but when you have fought, laughed, and cried together like we have, of course, there are also big emotions at play when you separate.

- They will forever be part of the Astralis Family, and no matter what path they choose, on behalf of every single person in Astralis, I wish them the very best, says Kasper Hvidt.
The newcomers to the team have huge respect for what has been created and are humbled by taking over from the three legends, but they also come with an infectious energy and excitement to be the ones that will carry the torch and write the next many chapters in the Astralis story:

- I'm really looking forward to getting started. When Astralis calls, you need really good arguments to hang up, and the conversations I've had confirm my impression: This is where I want to be now and going forwards! These are some huge shoes to fill in, but I also feel I can bring something new to the team and make a real difference.

- I am excited to play with "gla1ve", one of the very best in-game leaders in the world. It means I can concentrate more on my own game and become a better player for myself and my teammates. Walking into Royal Arena with the Astralis logo on my chest in front of all the amazing fans is a dream come true, and I will work hard every single day to give the fans what they crave. I am here to fight for titles, we are here to win trophies, and I have no doubt we will do just that, "blameF" foresees.

- In my previous organizations, I have sometimes had the feeling of "being my own island." In Astralis, though, it feels like you are stepping into a family with people around you who are all working for the same goal. That's something I think you bring to the server, and I will do everything I can to contribute with the same passion and energy, and hopefully to ultimately add a Major star or two to the jersey.

- I have tremendous respect for everything Astralis has achieved through the years, and I am very aware we are taking over after some extremely popular players. It only motivates me even more! Naturally, we are not those guys, but we are here to build on what they have achieved and to take the next big steps in the Astralis journey together with all the fans, partners, and people following us.

- I have watched the team and fans from afar, and I get goosebumps at the mere thought of playing in front of the Astralis fans. I also know that wearing the jersey is an obligation, and I am ready to work my butt off for everybody here. On paper, the line-up looks fantastic; now it is up to us to work and play as a team to meet our own expectations, says "k0nfig". 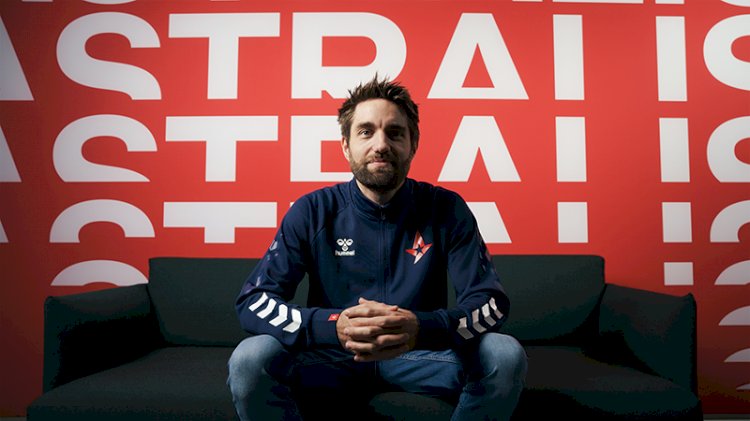 - Astralis has always been the team you wanted to beat. They won everything, they worked in a structured fashion, and the organization always did something unexpected. I am excited to join this organization, and I am looking forward to being a part of it all and helping develop things my way.

- I come with an analytical and strategic approach, with a focus to be prepared best possible, so we get the best out of each player individually and out of the team. I think it is very much in line with the Astralis spirit, and I'm really looking forward to working with the team and the whole organization but also the people around the players. I cannot promise titles from day one, but I can promise we will come top prepared and give everything we have. Each and every time we play, "ave" strikes.

The two players join immediately while "ave" is set to join soonest possible.

The team for BLAST in Royal Arena: