Astralis gla1ve | In Conversation with one of the Greatest IGL in Counter-Strike: Global Offensive

Lukas gla1ve Rossander is viewed as one of the most brilliant minds in Counter-Strike: Global Offensive history. Under his leadership, Astralis won four major championships and established itself as the most dominant team of all time. In the interview below, gla1ve talks about his Astralis beginnings, his first Major triumph, a little about the newest member Lucky, his future aspirations with the organization, some advice for all the fans, and more. 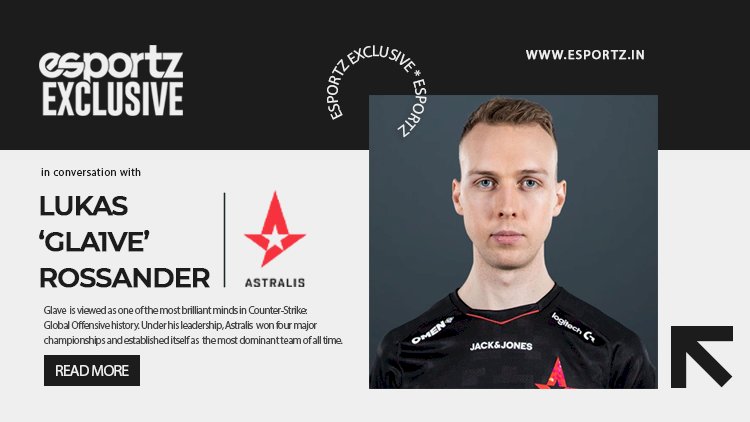 Q. How did it feel at first when you were picked up by Astralis?

gla1ve: I actually played in Heroic, which back then was a sister org to Astralis, working in the same offices. In the beginning, we did not know which team would be the best, but it soon became obvious that Astralis was developing into something really interesting, so when I got the offer, I was both humble but also very excited. I knew I could give them something they needed.

Q. Due to symptoms of stress and fatigue, you took a break from the roster around the middle of 2020. What is the significance of a player's mental health in competitive CS:GO and how do you cope with it?

gla1ve: Your mental and physical health is everything. As a person and as a player. You can’t perform if you’re out of balance and in Astralis we focus a lot on the general health of the players. I am glad I was in an organization who embraced the situation and got me back on track.

Q. Since you have extended your contract with Astralis for another 3 years, what are your plans during this tenure?

gla1ve: To help build the next big era in Counter-Strike.

Q. Which skill set synergies did Astralis see that prompted management to confirm the signing of the newest member, Philip "Lucky" Ewald?

gla1ve: Philip is an extremely talented player. He remembers everything you tell him, our playbook and his positions. He also has the mechanics, so his potential is big. It will take time for him to flourish, but so far he has been a positive addition to the team. Absolutely.

Q. Astralis has won four Majors under your in-game leadership. How do you recall the most crucial matches and what decisions took you to victory?

gla1ve: The first one will always be special. We played VP and came from behind – leading up to the final rounds, we had a team talk and the call was something like “no regrets” and we went all out aggressive in the deciding rounds. Some would call it risky, but I had a feeling that the team was so pumped and ready, we could do it. And we did.

Q. For quite some time, CS:GO contests have been held online. However, LANs are steadily making a comeback. What’s your preference, online or offline?

gla1ve: Always LAN. I love the pressure, the fans, the ambience, and the feeling of winning in front of a live crowd.

Q. Your desk smash moment from ESL Pro League Season 10 Finals has become one of the most popular CS:GO memes. Do you reminisce that moment fondly or as an action of impulse?

gla1ve: CS is feelings. I am not proud about smashing a table, but I want to win and I hate losing, so stuff happens. I badly wanted to win in front of all the Astralis-fans in the arena, so when we lost, I reacted. Nothing more than that.

Q. When you retire, how do you want people to remember the name gla1ve?

gla1ve: As a part of the greatest team in history. And we are nowhere near done winning.

gla1ve: Take yourself, your mental state, your body and your game seriously. Study the game and your opponents and listen to your team mates.