Studie_CS is a new league now available for students. 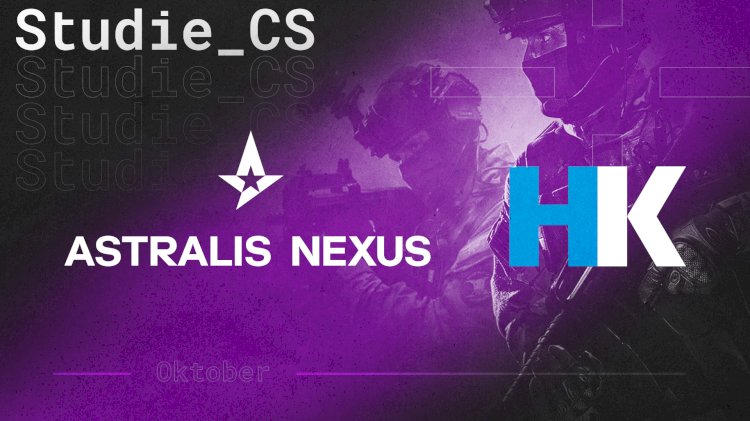 Students within the Danish country can now form teams and play in the new national Counter-Strike student league, 'Studie_CS.' All students enrolled in High School, and above are invited to the new league, which will consist of both online and physical events. The grand final will be held at Astralis' two-story gaming and event centre in Copenhagen – Astralis Nexus.

Astralis and the Danish union 'HK Privat' have partnered up to create 'Studie_CS' to enhance the gaming community in Danish education.

- Positive communities are vital for us as a union. With Astralis, we want to support a healthy and fun gaming community in Danish educational institutions. Together, we invite students to play and interact in a league across interests and fields of study. Today the digital space means everything. That is why we find it valuable for a union like ours to support and create new, healthy digital communities, Simon Tøgern says.

- When it comes to the development of a healthy and professional gaming environment, Astralis is a frontrunner in both Denmark and the international scene, acting as a role model for gamers worldwide. Astralis also has significant experience hosting tournaments for fans and gamers online and in their new gaming center Astralis Nexus. Together, we believe we can add considerable value to all students across the country. We see vast potential in this partnership by creating a massive, open tournament encouraging positive online communities, where everyone is welcome, Simon Tøgern concludes.

- We're thrilled that HK Privat wants to join our mission of supporting a healthy and positive gaming culture. It's both ballsy and forward-thinking of HK to invest in new digital communities for the students like this, and together, we will make a real difference by introducing an online environment where all students can compete, and everybody is treated with respect, Sindt says.

- In 2021 we opened Astralis Nexus and have since hosted several events and tournaments, both open for all and tailored for different groups and communities. We insist that gaming is for everyone, and the partnership with HK enables us to invest even more in this area.

- The collaboration is made between HK Privat and Astralis Nexus. With this partnership, we hope to make it even easier for students across genders, hobbies, and backgrounds to come together around a mutual interest. We look forward to facilitating the online universe with HK and welcoming the students to Astralis Nexus, where we will be hosting the Grand Finals in our top-professional gaming facilities, Kasper Sindt concludes.

The partnership between Astralis Nexus and HK Privat consists of hosting and facilitating the online tournament, Studie_CS, hosting the finals in Astralis Nexus, as well as activation across Astralis' digital platforms and physical universe. Initially, Studie_CS will focus on Counter-Strike but may be expanded to include more gaming titles in the future.

Assassin's Creed, The Mighty Quest for Epic Loot, and Valiant...