The top six teams will advance to the Skyesports Mobile Open 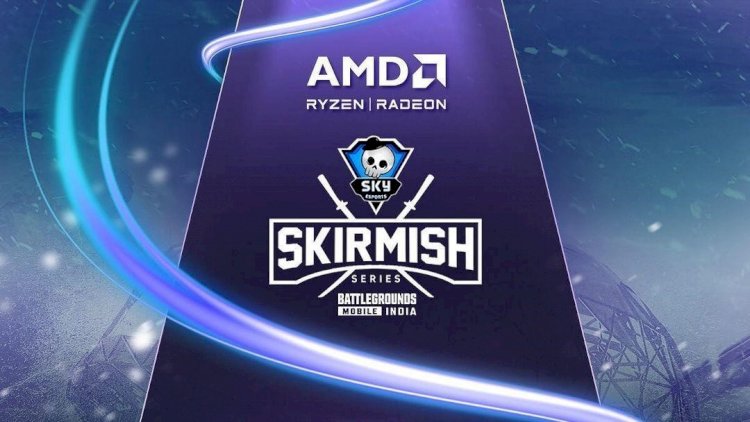 The AMD Ryzen Skyesports Skirmish Series 2021 with Battlegrounds Mobile India is here featuring a Rs. 200,000 prize pool. With not a single invited team, the tournament allows underdogs to shine and create a name for themselves. It will begin later this month and last until mid-November.

Registrations are currently open on the official Skyesports Discord channel. To ensure equal representation and give opportunities to everyone, India has been split into six zones for the Skyesports Skirmish Series. These are as follows.

Each zone will feature two rounds of qualifiers followed by the quarterfinals and the semifinals.

The top six teams from the semifinals of each zone will advance to the National Finals. In the National Finals, the 36 teams will be split into six groups who will compete in a round-robin format. The champions will walk away with the lion’s share of the Rs. 200,000 prize pool.

This is not all, though. The top six teams from the Skirmish Series 2021 will be given a chance to cement their legacy in BGMI esports as they will directly qualify for the upcoming Skyesports Mobile Open. This newly-established tournament will be revealed in the coming weeks and will feature the best teams from across India competing for bragging rights and prize money.

“The Skyesports Skirmish Series has returned in 2021 with a unique format which ensures that teams from across India get a chance to represent themselves on the big stage,” said Shiva Nandy, CEO of Skyesports. “We remain committed to growing esports from the grassroots level and connecting with gamers from every nook and corner of the country. The Skyesports Skirmish Series demonstrates pure esports with an open-for-all format and no invited teams.”

“The zonal-wise format of the Skyesports Skirmish Series coupled with no invitees ensures opportunities for underdogs and grows esports from the grassroots level,” said Gnana Shekhar, CMO of Skyesports. “We have planned to make the 2022 edition bigger than ever to give a platform for new faces to rise in the esports scene.”

Last year, the first-ever Skyesports Skirmish Series was conducted from August to October 2020.

In it, only the South Asian states of Karnataka, Kerala, and Tamil Nadu were included. After its immense success, the competition is back in 2021 with a pan-India format.