Alliance will participate in the European stage of VALORANT Champions Tour on 4th of February. 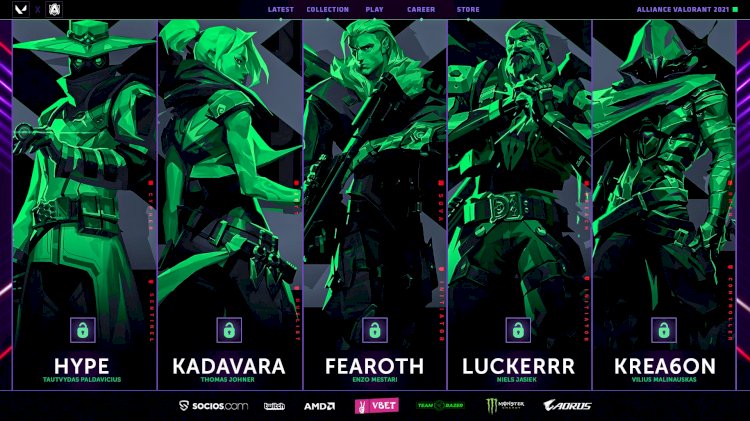 Alliance, the Swedish organisation has added four new players and an analyst to complete its Valorant roster.

Only two days ago, we heard from Alliance that Enzo "Fearoth" Mestar, the former CS:GO player who represented French teams like 3DMAX is assigned to captain its Valorant roster. 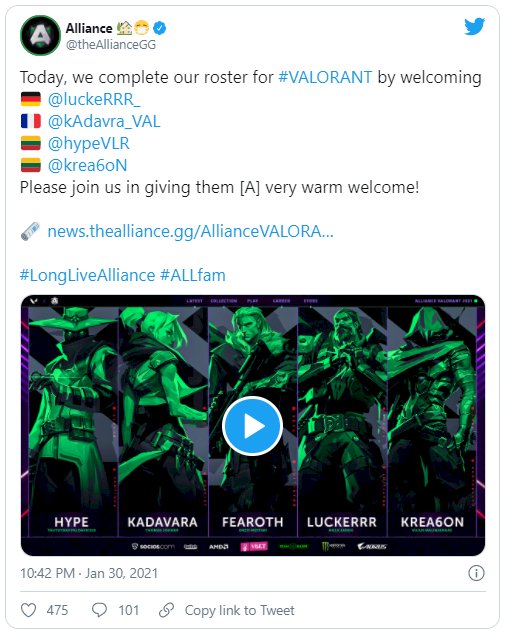 LuckeRRR last served Ninjas in Pyjamas until December and now he is reuniting with his former CS:GO teammate Fearoth. Hype, krea6on, and kAdavraa are old boys of this game, they are playing this game since its beta days.

Mitch “MitchMan” McBride, who is known for his work in CS:GO and Fornite also joins in as an Analyst alongside James "BanKs" Banks, the general manager for Alliance since December.

The all-new Alliance roster will be seen participating in the European stage of VALORANT Champions Tour on 4th of February.