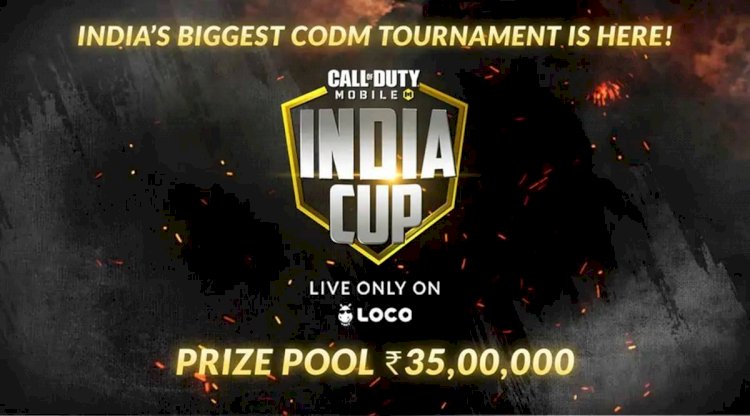 The publishers behind the game Activision Blizzard themselves have partnered with Indian streaming platform to bring a Call of Duty Tournament within the country.

5v5 matches will be hosted in the open qualifier format and a total prize pool of Rs 10 Lakh of the Rs 35 Lakh is been reserved for the first phase where the top team here takes the largest share while the rest will be distributed between second and eighth placings.

Heading into the second phase 'Call of Duty Mobile India Cup Pro', top 16 qualifying teams of the first phase will advance here and will be joined by four of the invited professional teams including Team Mayhem and Team IND. The Call of Duty Mobile India Cup Pro boasts a prize pool of INR.25 Lakh, with the winner taking home a chunk of INR.10 Lakh while the second, third and fourth placings to bag in INR.5 Lakh, INR.3 Lakh and INR.2 Lakh respectively. The remaining INR.5 Lakh will be distributed within 5th to 8th placings, the MVP (Most Valuable Player), the player with 'Most Kills' and 'The play of the tournament'.

Registrations for the first phase 'Call of Duty Mobile India Open' have already begun at www.codmindiacup.com and can be done until 4th of January 2021 or until a total of 2048 slots have been booked from across the country.

PUBG Mobile Global Championship finals will be held in Dubai