A new viewership record for online CS:GO has been set by Na'Vi and Vitality match at BLAST Premier Global Final 2020 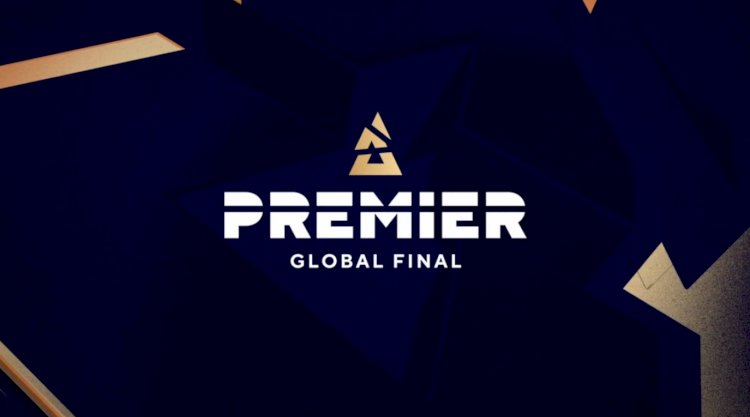 Counter-Strike: Global Offensive (CS:GO) has been the old man of esports and has its fair share within it. Only a few hours ago, the BLAST Premier Global Final 2020 got concluded which had the top best CS:GO teams remaining on the final day. Na'Vi clean sweep Astralis to become the champions.

Since the LAN events have transitioned to online space, the online venues are seeing increased success with every event passing by.

However, Na'Vi faced-off with Team Vitality in lower bracket finals and Esports Charts reveals that the affair has peaked concurrent viewership of 687,691 viewers. The Grand Finals were played right after this which also saw somewhat same but slightly less with 645,853 viewers.

Garnering such a hefty viewership, BLAST Premier Global Final 2020 is the "most popular CS:GO online event." 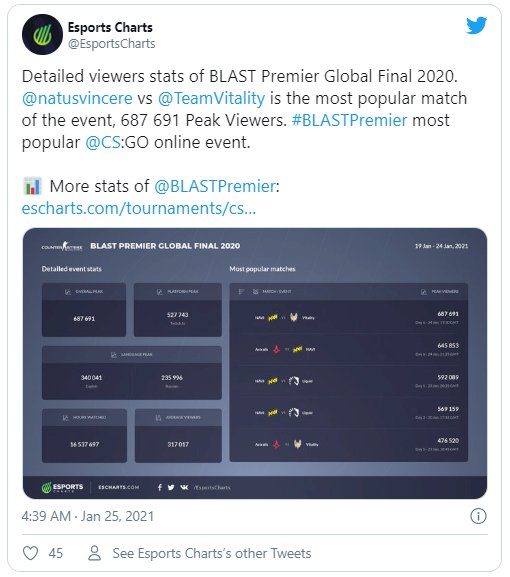 It seems like the audience love to support Na'Vi, as the next two matches that witnessed heavy viewership are again Na'Vi ones. On day two when Na'Vi fought against Team Liquid, that match recorded 569,159 viewers while the rematch happened between the two on day five in an elimination matchup which had 592,089 viewers watching.

Even though these numbers are only for online-venues, the most-ever peaked match of the history is the offline event of ELEAGUE Boston Major 2018 Finals with 1,329,096 viewers.

Garena bans over 30 million accounts in Free Fire for hacking over the course of...