THUG anticipates that an Esports Tournament would be held at Mumbai's 35000 seater Wankhede Stadium in the next two years. 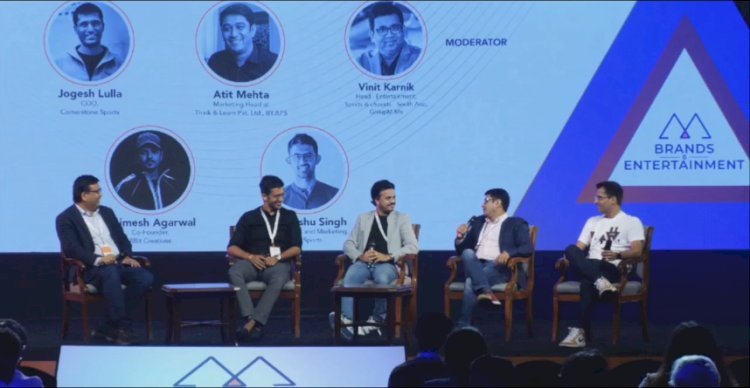 The Brands & Entertainment Conference 2022 is hosted at the Taj Ends Land, Mumbai on June 1st and 2nd. For in-person and virtual talks, the team from All About Music has gathered 50+ speakers and delegates from the fields of branded content, media, gaming, and entertainment. The conference is the hottest place in town to be whether you're an entertainment, media buyer, producer, or content creator, as it offers a space to network, stay up with industry trends, and foster productive partnerships.

Gaming and Esports were a prime topic on the first day of the conference, as Animesh "THUG" Agarwal, one of the most well-known gaming creators and co-founder of 8bit Creatives, joined a panel discussion titled "Brands, Entertainment, and Sports: A Marriage Made in Heaven." The panel also saw some of the Industry leaders alongside him including Vinit Karnik of GroupM Me, Jogesh Lulla of Cornerstone Sports, Atit Mehta of BYJU's, and Divyanshu Singh of JSW Sports.

When Thug was asked how long it would take to stage an esports event at Wankhede Stadium, the conversation became highly intriguing. "Two years at maximum," Thug replied. The following is a video clip from the discussion.

He also indicated that in the next 20 days, a major news would be announced that will astound the sports world.

The discussion then moved on to NFT, Web3, and the Metaverse, and how they are impacting everyday life and growing more popular day by day. THUG added his thoughts on Metaverse, using Grand Theft Auto: 5 Roleplay as an example.

Other panel discussions and presenters at the conference included Viraj Sheth of Monk Entertainment and Mithilesh "MythPat" Patankar, who also gave their takes on gaming.

These are just a handful of the headlines from the first day of the Brands & Entertainment 2022 Conference; the second day will begin in a few hours, and there will be plenty of fascinating rosters to look forward to. The full schedule of the event can be found here.