The organisation builds a solid roster around Hiko. 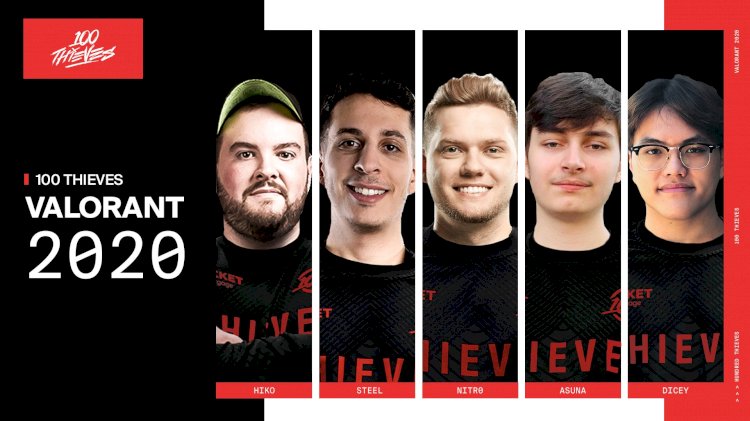 100 Thieves have announced the final two pieces of the puzzle that complete their Valorant roster. Originally from Immortals, the two seventeen-year-olds Peter “Asuna” Mazuryk and Quan “Dicey” Tran will be the two players who will join Spencer ”Hiko” Martin, Nick ”NitrO” Cannela, and Josh ”Steel” Nissan.

It’s been a while since 100T’s competed in a tournament, the last they did was at the FaZe Clan invitational back in August where they finished a not so impressive 13th/16th place. After, the organisation released all of the players except Hiko.

The new roster will compete at the recently announced First Strike tournament by Riot themselves.