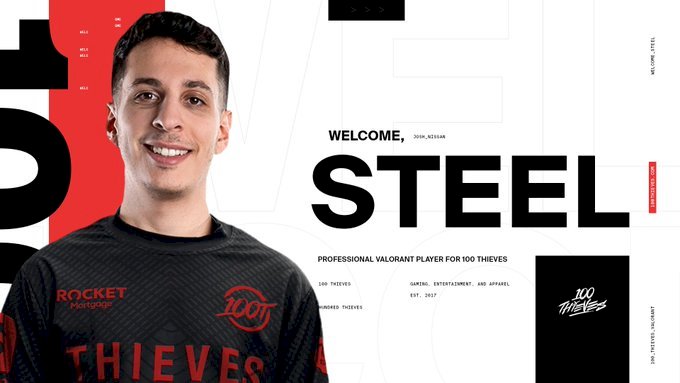 Addition of steel in the Valorant roster makes formidable trio steel will play alongside Hiko and nitr0. This trio seems deadly as they are termed as one of the best North American CSGO players.

Josh “steel” Nissan announced his retirement from the professional CSGO scene on August 31st in a tweet. Many speculated that steel would join T1 since they dropped two players from their roster but it seems like 100 Thieves sealed the deal.

After a string of disappointing recent performance, 100 Thieves dropped former players and formed entirely a new team to compete around Hiko and nitr0.

Fans around the world are excited to see this formidable trio do wonders and which two players will fill in the empty slots. With steel’s addition, 100 Thieves should perform according to their expectations and no less.