After successfully executing Faze Clan Valorant Invitational, FaZe is back with an Among Us iteration 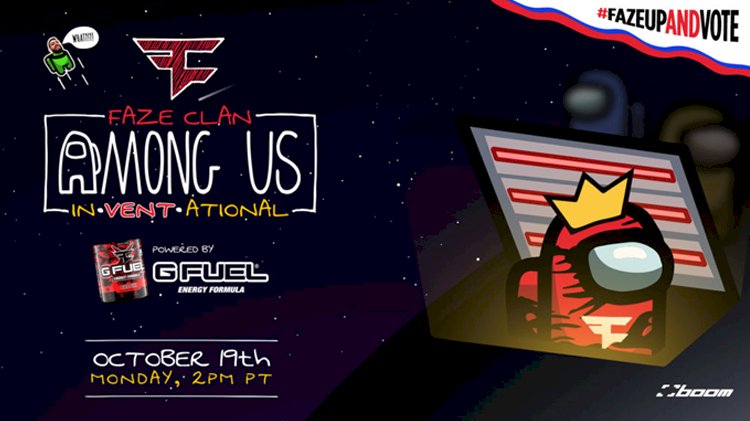 FaZe Clan in an emergency post via. FaZe social handles announced Among Us Inventational live stream event powered by Gfuel.

This competitive inventational live stream event will feature FaZe clan members, friendly celebrities, streamers and content creators. Some of the big names are Bronny James, FaZe Apex, FaZe Adapt and many more. This event will be produced in collaboration with boomTV and Gfuel. 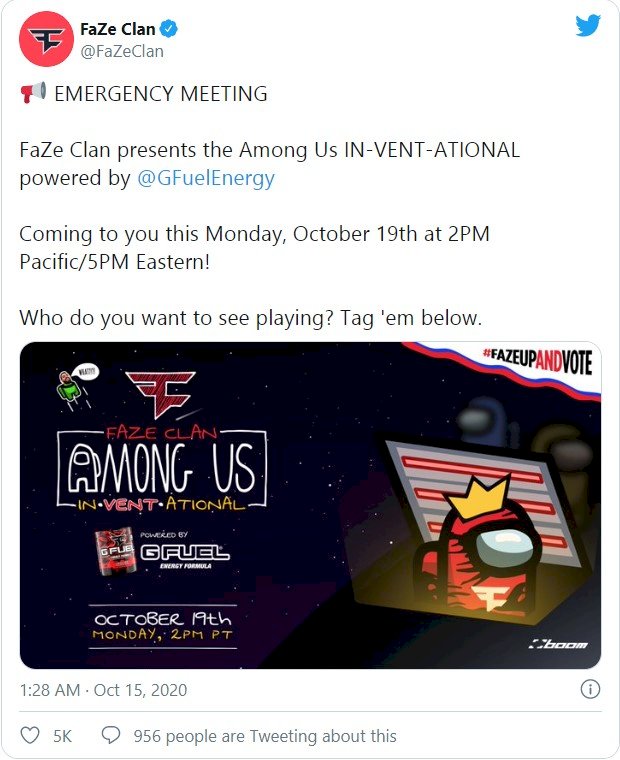 This live stream will feature Gfuel’s upcoming flavour “FaZe X” that is a limited edition flavour which will launch on 21st October on FaZe Clan’s 10th year anniversary. Inventational event will have cumulative prize pool of $25,000 up for grabs!