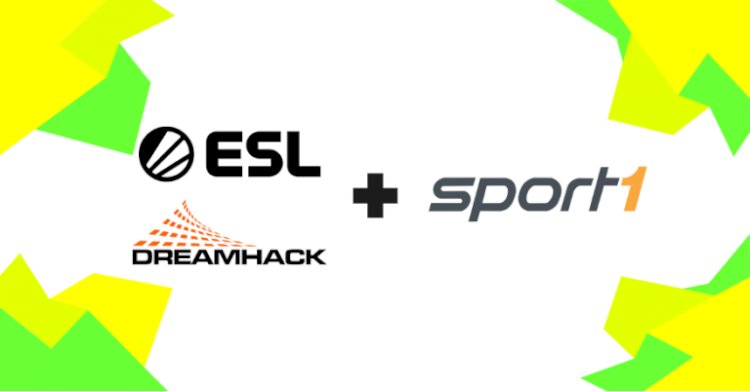 ESL Gaming & Dreamhack the pioneers in the Esports industry today announced that they have extended their broadcast partnership with Sport1, a leading German sports platform. As a part of this partnership, the audience will now get to see major tournaments by ESL & Dreamhack streamed on the newly introduced platform Pan European linear eSportsONE channel.

Previously, eSportsONE was only available in Austria, Germany and Switzerland becoming the first of its kind in the country in January 2019.

Commenting on this partnership, Frank Uddo, Senior Vice President Global Media at ESL: “Having seen the success of eSPORTS1 in German-speaking countries, we are excited to join forces with long-term partner SPORT1 for the rollout of the linear channel eSportsONE across Europe. ESL aims to serve the esports community all across Europe, and eSportsONE’s comprehensive and versatile portfolio makes it a great option to view premium esports content.”

Olaf Schröder, CEO of Sport1 Medien AG and Chairman of the Management Board of Sport1 GmbH added: “We are pioneers and trailblazers in the growth market esports with its great opportunities: At the beginning of 2019, we launched the first esports channel in Germany, Austria and Switzerland with eSPORTS1 – an important milestone with which we have further expanded our positioning as a leading medium in the German-speaking esports community. Now we continue our esports success story internationally and are launching a new, ground-breaking project with eSportsONE as a Pan-European eSports broadcaster. Our goal: We want to make esports even bigger in Europe in the future beyond the young core target group and to anchor it even more sustainably in society.”

This partnership will take esports to the next level in Europe and will possibly expand in future sustainably. Making esports content available to the masses is a task, targeting a young audience as well as parents. Esports will gain more recognition in the European market with this partnership.